Code should read from the top down, and it should tell you as soon as possible when you can quit reading.

Now that the value of posting on a "status update" site has lessened (Twitter), I'm happy with splitting my posts between two different mediums:

It took me a long time to realize the Rx libraries [0] are most useful for UI state and not useful for data access (and perhaps even harmful). For data access, traditional pulling/enumerating methods should be used, but for UI state, Rx observables are downright magical.

[0] "Rx Libraries" refers to the libraries published on https://reactivex.io/

One area where software testers can add value is in providing an external voice questioning software requirements. I think this value addition is best achieved when the tester is truly neutral to the product.

The power of the Fediverse is that there can be a mastodon instance that has all verified, paid accounts, and there can be instances that are all anonymous accounts. The biggest risks I find with the Fediverse concept is that governments can more easily pressure, infiltrate, etc. small instances, not that this doesn't happen with Twitter as well.

Microsoft has a command line upgrade assistant to help with porting .Net framework to .Net core now - https://dotnet.microsoft.com/en-us/platform/upgrade-assistant. I wish this had been available when I ported 60+ .Net framework projects to .Net core 2.2!

Software is too easy to change, which makes it easier to make breaking changes. This is another reason to add unit tests - to make code that is performing its function hard to change in the wrong ways.

The file properties editor should popup a dialog when a certain property is touched, and the user should then have to initiate editing by clicking a button - it should be difficult to change such data through a User Interface.

An issue with higher level integration tests is that the implementation of a method becomes intertwined with its usage.

One day, the ultra wealthy, taking the baton from generations of the ultra wealthy who preceeded them, will attach giant rockets to the earth's moon and fly away, living their lives in hermetically sealed environments and enjoying the Earth as they thought it should be in their VR metaverse. In true keeping with their predecessors, they will leave cleaning up the mess created by their action to the less fortunate left behind (losing the moon would destroy Earth's ecology in many ways). I have a hard time deciding whether I am making a joke or not ð¤.

A defect is ordering a Big Mac with Cheese and receiving a Big Mac without any cheese. A critique is saying "boy this sandwich could really be improved with some barbecue sauce." This may seem obvious, but the latter is not a defect, it's a new requirement.

Presentations follow a general format of 1) give presentation, and 2) question and answer. If the same presentation is presented multiple times to different audiences, then the Q&A tends to differ, out of which a "Frequently Asked Questions" list can be compiled. I wonder if there's a way to formalize this approach with existing presentation software (Powerpoint would be nice, but it would be easier to build something off of OS Markdown based presentation tools).

Simple things Tesla could do with their overpowered CPUs and GPUs to improve the driving experience:

I have a sneaking suspicion that Intuit is actively trying to kill Mint with the ever-increasing number of authentication steps.

My main gripe with async/await in .Net, which makes the use of Task objects to look more similar to procedural code, is the recommendation that when using await in a library package, Task.ConfigureAwait(false) should be used in order to ensure the task doesn't continue on the called context. This is to prevent deadlocks on single-threaded synchronization contexts such as UI synchronization contexts.

An alternative approach to ConfigureAwait(...) could instead be syntax that improves the usability of synchronization context switching. Something like this:

This would have the benefit of giving the application developer improved control in the behavior of their app, while reducing the burden on library developers to make their async/await code "safe" for consumption.

I think this is a more general problem for any programming language introducing a concept meant to paper over the "hard stuff": invariably, the "hard stuff" creeps up, unless the sugary feature is very well thought out and future looking. And in the end, it seems the solution to the inescapable implementation details of syntactic sugar is introducing more syntactic sugar. I think there's a lesson here: for a new language feature to have successful adoption, it needs to minimize harm and maximize helpfulness...

A very unexpected lunch of parades and airplanes while getting a meal from one of my favorite places in St. Louis Park, MN! 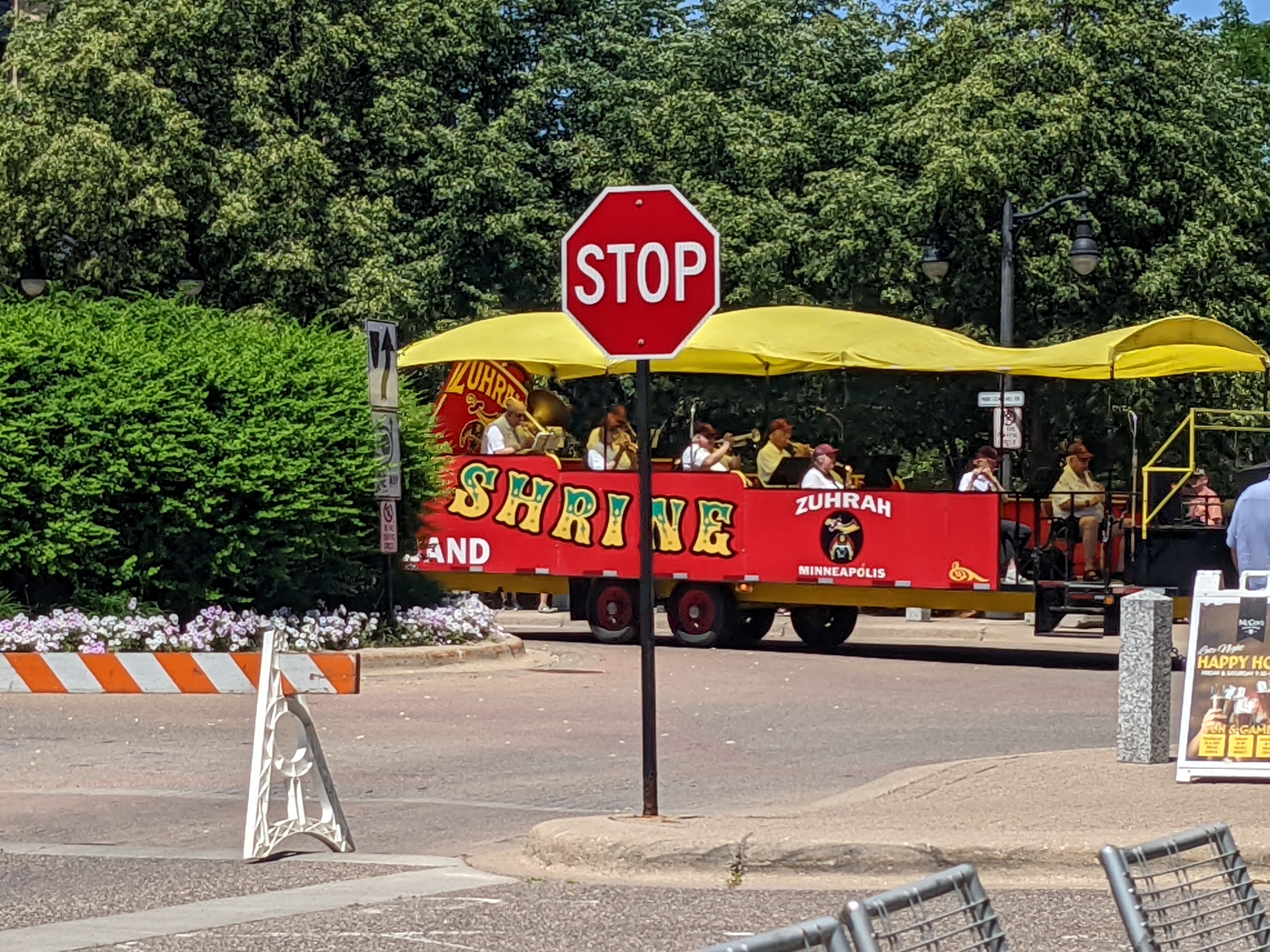 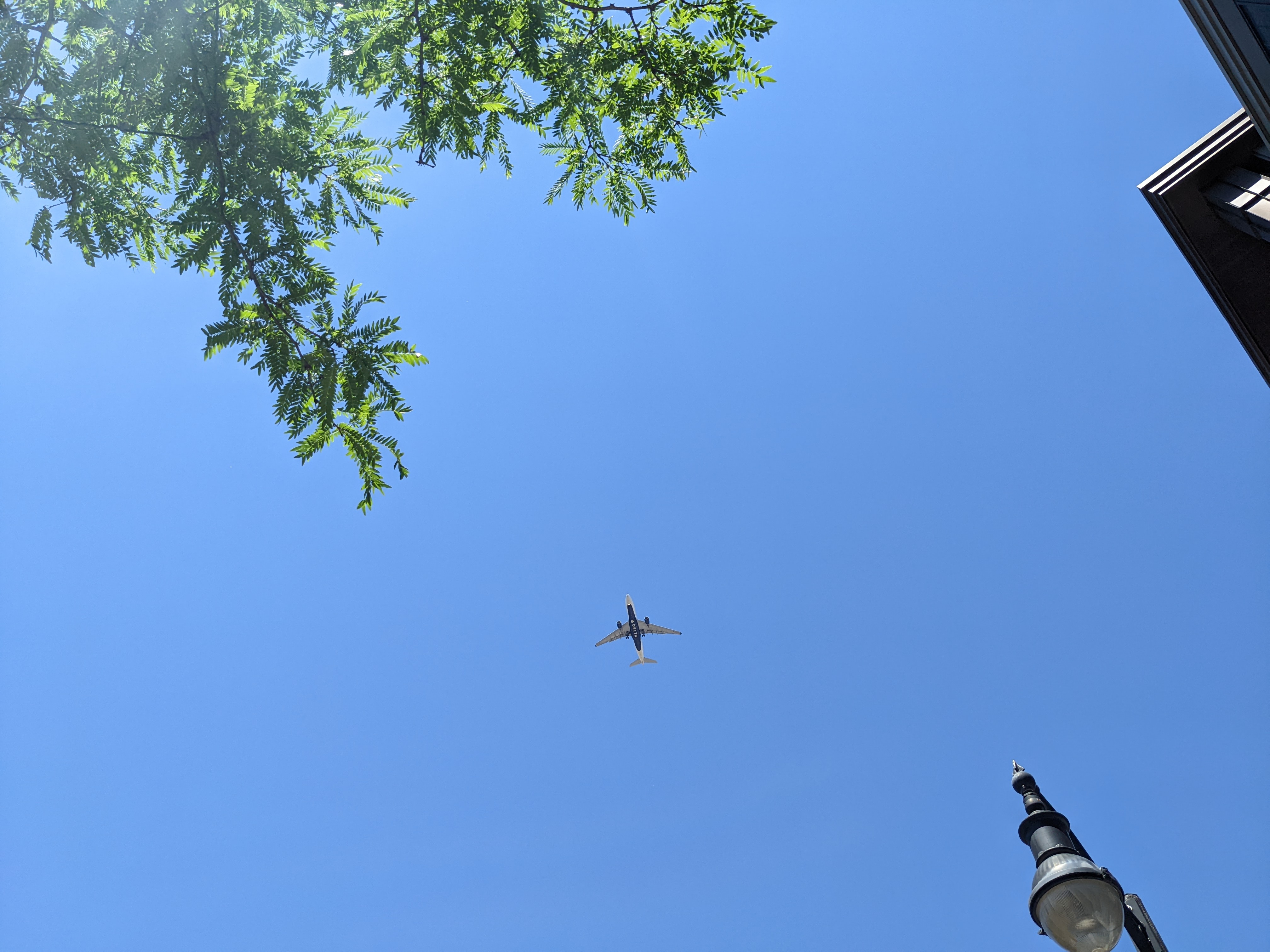 The only business model that can apply to software that receives continuous updates is a subscription or subscription-like model.

Is all German flooring 0-based? 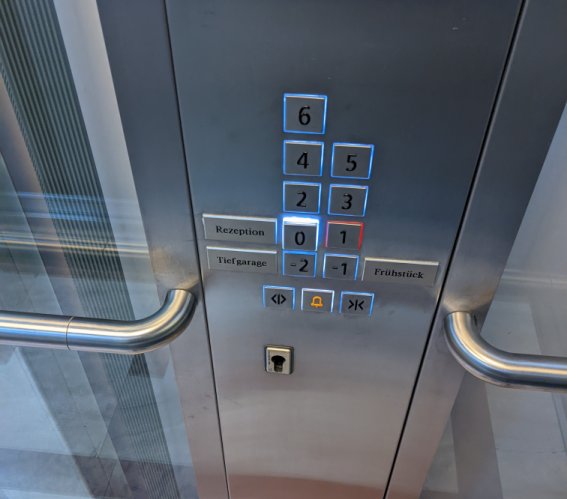 Many websites use location based localization, so if you visit a site from another country, even if you frequently visited it from your home country, it will assume you're a speaker of the destination country's language.

Writing should be a (simple?) joy in order to encourage its use (something Twitter gets right by limiting the number of allowed characters)

Large societies have trouble with minority groups due to herd mentality writ large?